8 Most Wicked, Foul and Famous Spanish People in History

Have you ever thought of Spanish people as dangerous criminals and liars? History is full of wicked people who will commit any crime in order to get what they want. Some of them have even gotten away with it!

Being evil is not only to be profoundly immoral but also to not give a fig about it. If you’re looking for some juicy drama about the evilest Spanish people in history, you’re in the right place. Let’s investigate 8 of the worst famous people in Spanish-speaking countries.

Remember, the person who doesn’t know history is condemned to repeat it.

The things these Spanish people did were horrible and repulsive. As you’re reading through the list, things will go from bad to worse.

This 2008 beauty contest winner was arrested a month after winning the crown in Guadalajara, Mexico, along with seven men, weapons, and thousands of dollars in cash. She was later suspected to be involved with the Juárez Cartel, a drug organization led by her boyfriend.

However, this beauty queen was released weeks later when her relationship to the Juárez Cartel couldn’t be completely proven. Although she was free, she couldn’t stop the beauty pageant organization from taking away her crown and title. Zúñiga was later confused with another beauty queen, the wife of drug dealer El Chapo Guzmán, so she was back in the headlines. In the end, this malevolent beauty got away with it, and now she’s a 35-year-old model who is still a beauty industry star in Mexico. Being evil never looked so good, right?

Although royalty has its own benefits, not every queen is totally protected. Sandra Ávila, better known as the Queen of the Pacific, was detained in 2007 at a fancy restaurant in Mexico City with her partner, the leader of the Guadalajara Cartel. She was in the crosshairs of the United States Drug Enforcement Agency (DEA) for being an alleged perpetrator of organized crime, health crimes, and money laundering.

During her relationship with Colombian Juan Diego Espinoza, the leader of the Valle del Norte cartel in Colombia, her business became more prolific by achieving closer ties between the Colombian and Mexican organizations. Together, they sent about 30 tons of cocaine to the United States. What would men do without their Mexican queens, right?

Sandra was accused of being an intermediary for the cocaine that a cartel in Colombia sent to Mexico and then to the United States. She was later prosecuted in a Florida court and sentenced to 70 months in prison. In August 2013, she was returned to Mexico, where she was arrested again for operations with illicit resources. She stayed there for a couple of years and was released in 2015. Now she’s free and trying not to be a troublemaker. 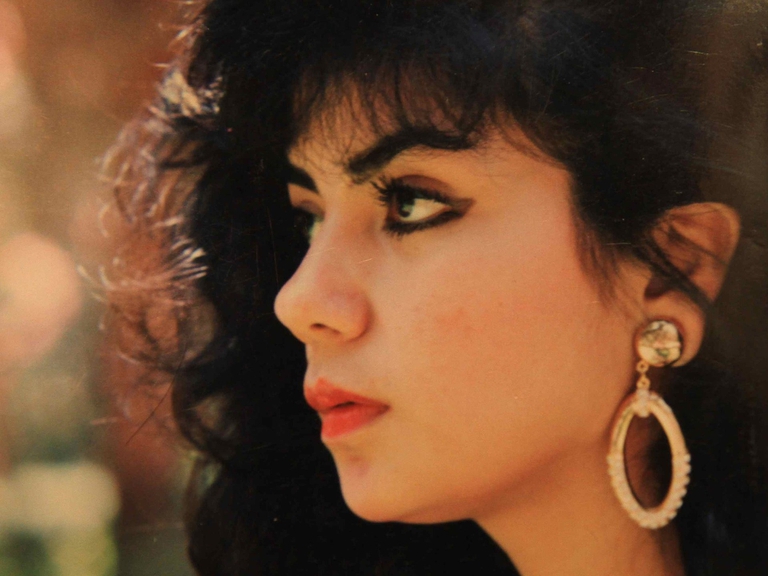 Marllory Chacón from Guatemala, better known as La Reina del Sur (Queen of the South), led a money laundering network that included the Sinaloa Cartel and other drug traffickers in Central America.

According to the DEA, she also coordinated the reception, purchase, transport, and distribution of cocaine whose final destination was the United States, spearheading criminal activity that would make her one of the most powerful women in Central America.

This queen turned herself into the US authorities in 2014, confirming that years before she trafficked more than 200 million dollars for Colombian cartels and that she earned over 40 million dollars with just one drug organization, Los Lorenzana. She also confirmed that she trafficked cocaine in exchange for a shorter sentence. Chacón got out of prison in 2019. In the end, this queen had an ace up her sleeve.

Joaquín Guzmán Loera, alias El Chapo Guzmán, was one of the most powerful and dangerous drug traffickers in Mexico, leading the Sinaloa Cartel. Also, the US government considered Guzmán the most notorious narcotrafficking criminal in modern times.

El Chapo grew up in a poor family, so in order to make some money he decided to cultivate marihuana and poppies near his house in Sinaloa, Mexico from a young age. He was first arrested in 1993 and remained in prison until 2001, when he escaped in a laundry cart. Like every good king, he didn’t let obstacles (or prison) keep him from continuing his (drug) reign.

The Mexican kingpin earned more than 640 million dollars from the sale of cocaine in the US between 1990 and 1996. He said he was fast to move drugs, but what people didn’t know was his big secret: he had a network of tunnels on the US-Mexico border s that allowed him to move the merchandise without problems.

El Chapo was arrested for the second time in 2014 because someone from the cartel provided information about him. However, in 2015 he managed to escape prison again, confirming he was the king of kings in the drug trade. In 2016, he got together with other drug dealers, but this time the police knew about this gathering and nabbed him for the third time. He confessed that he had murdered around 2,000 to 3,000 people himself (plus the ones sent to heaven indirectly) and was sentenced to life in prison in the United States. Who knows? Maybe this drug dealing king will surprise us one more time with an escape.

5. Pablo Escobar – The King of Cocaine

Pablo Escobar was the most powerful Colombian drug trafficker ever. He was killed by 15 agents from the Colombian police in 1993 in Medellín, Colombia. Such was the power that El Patrón came to accumulate that recent reports have indicated that the sale of drugs generated profits of between 20,000 and 25,000 million dollars. That made him climb to seventh place on the Forbes list of the world’s richest people; money that he earned by producing 20 tons of cocaine monthly.

When it came to Pablo, reality surpassed fiction. He’s responsible for the death of more than 10,000 people; in fact, he ordered the placement of a bomb on an Avianca plane that killed 107 people. And when he was arrested, he served his sentence in a prison that he himself had built on land owned by him, after a shameful agreement with the Trujillo government in Mexico. He was imprisoned for 400 nights, however he wasn’t in a cell but in one of his 20 houses! Apparently, he had billiards, a nightclub, swimming pool, a prestigious chef, and sophisticated radio and television equipment. In a prison like that, I would be the first in line to get arrested.

Pablo was a dangerous man; during his time in prison he even ordered the murder of two of his prominent partners from the Medellín Cartel. He was cold and decisive. His word mattered the most, and people did what he wanted. Years after his death, his son said that Escobar’s big secret was that he never consumed his product. He even encouraged his family to never try it because he knew it could ruin someone’s life. Well, well, apparently our cocaine king had a heart after all.

Venezuelan Ilich Ramírez Sánchez, known as El Chacal, was the most wanted criminal in the 90s due to a series of international terrorist attacks he organized on behalf of the Popular Front for the Liberation of Palestine. Ramírez was one of their most feared militants.

His first attack was on a British businessman who he  shot in the head while the man was taking a shower. El Chacal might have had the guts but not the aim, because he didn’t actually kill him. A year later, he began to commit attacks mostly in France and that’s when he became one of the most wanted men in the world. His most notorious attack was an assault on the French Embassy in the Netherlands, during which the ambassador and others were held hostage for five days. He also went on a rampage in Vienna, taking 42 civilians as hostages, planting explosives in cars, trains, and train stations, killing dozens. He was captured in 1994 and sentenced to life in prison in France. In the end, this dangerous international terrorist couldn’t escape his destiny.

During the 1480s, this priest who led the inquisition in Spain cruelly tortured anyone who the Catholic Church considered unfaithful. His torture methods were horrifying and those who managed to survive ended up accusing others in their desperation to end the torture. Tomás not only seemed passionate about torture, but he condemned hundreds of thousands of people to be burned at the stake, especially Jews or those he considered traitors of the Catholic faith. The number of burnings at the stake during Torquemada’s tenure is estimated from 2,000 to 8,000. Because of his power, this devil on Earth was never tried or punished and died peacefully at an advanced age. Careful, Tomás—hell hath no fury like a tortured soul.

Pedro Alonso Lopez was the perpetrator of more than 300 murderers in three countries in the 1970s: Ecuador, Peru, and Colombia. His criminal record began when he dedicated himself to stealing cars as a teenager. At 18, he was caught and imprisoned for 7 years. While he was in jail, four prisoners sexually abused him, and murdered them in self-defense. Years later, he got out and began to travel around Peru, Ecuador, and Colombia, kidnapping and killing hundreds of women.

He was captured when he tried to kidnap a 12-year old girl in a supermarket parking lot. The mother shouted for help when she realized what was happening, and the merchants in the area held Pedro until the police arrived. Eventually, Pedro confessed and was sentenced to life in prison in 1980. However, since then his whereabouts have been unknown. It’s suspected that he may have been killed by a bounty hunter or a relative of one of his victims.

Hungry for Spanish and Latin American history and culture? Check out these posts!