This one is for all of you Netflix bingers and Goosebump book series gobblers. All you night owls that suddenly become early birds because you end your day and begin that daily grind with those characters that you love and glean from so much. Any ideas of who we’re talking about? …No, we are not talking about Hannah Montana (or is it just simply Miley Cyrus nowadays?), the Teenage Mutant Ninja Turtles, OR the Motley Crue.  Could they be considered Spanish grammar mistake-fighting BFFs disguised as rockstars? Well, to us they are the blockbusters of Spanish commands.

That is right, ladies and gentlemen. The Fearless Few Crew are back with more examples, tips, and tricks that will help you with Spanish commands. In today’s episode, we will dive deeper into the command structure.

The last episode of ‘Spanish Commands and the Fearless Few Crew’

If you have ever been to the hospital, you know that there are many requests given to you, and sometimes even actually taken seriously by you, because, as we all know, when you are in the emergency room YOU are the star! Broken bones, pink eyes, swollen big toe… you name it. Whatever brought you to the hospital has now made YOU the king. You hold the scepter now, which means YOU give the commands to your crew, hoping to ease your pain. Congratulations!

Wow… that was a lot of talking about YOU (a handy-dandy pronoun) to whom we are pleased to welcome to the crew of Spanish commands.

Try a free class! Enter your name and email below to sign up for a live 1-on-1 lesson with a native Spanish-speaking instructor!

As king, before WE can give orders and verdicts and demands of more slushy-type hospital ice cups in Spanish, we have to learn how to make THEM (another pronoun). The pronouns needed for Spanish commands. If you remember, there are 2 types: direct and indirect object pronouns. Let’s look at them quickly:

You can also quickly jump over to our blog specifically about Spanish Pronouns if you need a refresher or to simply flex your pronoun muscles. You will need to know them when you are making Spanish commands as the sentence structure completely changes when you throw pronouns and objects into commanding Spanish sentences. How do you ask? Well, let’s see what the Fearless Third is demanding for in his hospital Silly Putty state.

Spanish commands vs non-commanding Spanish sentences: What do they look like?

In English, our commands, demands, and rights as king come with a ‘please’ or just an exclamation point, but in Spanish the structure changes! Not only does it change, but it is more of a complex, roundabout way of structuring pronouns and objects.

Now, that looks a little complicated. Before we move on, let’s look at the formulas so we can make these on our own! To form normal sentences with direct and indirect objects, use this formula:

(Remember, you can use ‘lo’ instead of ‘perro.’ You would just put it before the verb and after the indirect object.)

Similarly, the formula for commands uses pronouns. The trick is to combine the pronouns and make sure they are in the right order! Check it out:

See the difference? Here is a great list resource that the nurse from StudySpanish.com  just brought us to show more examples of Non-Commanding vs. Commanding Spanish sentences.

However, before we can go and start practicing with the Fearless Few as the newly crowned ruler, we also have to check out our number one rule (besides NEVER freaking out…) It’s the ‘THE’ rule or the ‘Lela’ rule.

No, we are not forgetting ‘Do, re, mi.’ When there are two object pronouns (see charts above), we have a special rule. If both pronouns begin with the letter “l,” you must change the first pronoun to “se.”

Ok! So here we are, kings and queens of the infirmary. We are right alongside The Fearless Third and his silly putty self. Let’s try and see if we can identify which sentences are commanding and non-commanding Spanish sentences in the midst of his wails.

Ready bingers and allnighters? The new season is done, so it’s time to rewatch the last ones. Plus you are going to need something to do besides commanding the enfermera around during your reign.

Check out how the Fearless Third interacts with the nurse and try to identify the Spanish commands. Then, check your work using our answer key.

Fearless Third: ¡No me toques!

Now, to practice this episode more, ACUÉRDENSE (REMEMBER, YOU PEOPLE!) to go to the following HSA blogs:

Above all, have fun and get well soon! ¡Qué te mejores! 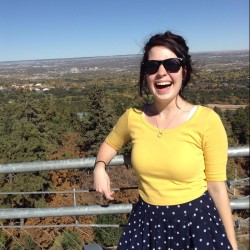