Here in Guatemala, our HSA teachers celebrate Independence Day on September 15 with parades of marching bands, while you might be listening to the Star-Spangled Banner and watching a fireworks show in the U.S. this 4th of July.

Let’s learn about the most fascinating cultural traditions for celebrating independence day in the Spanish-speaking countries of Latin America!

Spain celebrates their Fiesta Nacional de España on October 12, which is not actually an “independence day” at all but rather a celebration of Christopher Columbus’ 1492 voyage that led to his accidental discovery of the Americas. His spectacular encounter of the peoples and land eventually invited Spanish conquistadores to invade and pillage on behalf of the Spanish crown. For this reason, Spanish is the official language of the vast majority of Spanish-speaking countries. Ultimately, just about every country in Latin America gained its independence from Spain between 1821 and 1898 and continues to celebrate their freedom from colonization. 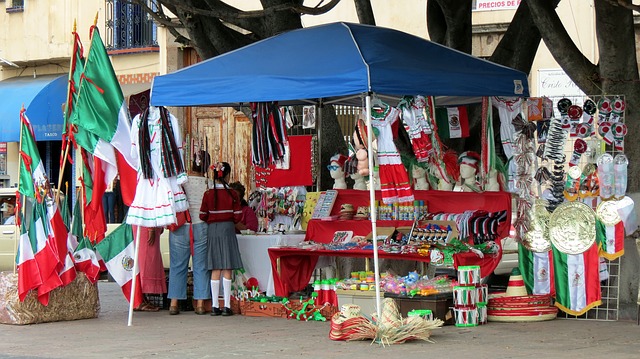 Source: Image by alsi from Pixabay

Mexico celebrates its independence from Spain each year on September 16 with fireworks, parties (fiestas), food, dance, and music. Flags, flowers, and decorations in the red, white, and green of the Mexican flag appear in cities and towns across Mexico. People blow whistles and horns and throw confetti to celebrate this festive occasion. You’ll hear people among the crowds shouting out “¡Viva Mexico!” (Long live Mexico!) or “¡Viva la independencia!”.

Mexican Independence Day celebrates the day Father Miguel Hidalgo, one of the nation’s leaders during the War of Independence in Mexico made El Grito de la Independencia (the cry of independence). It’s also known as el Grito de Dolores (the cry of Dolores) since it happened in the pueblo (town) of Dolores in the Mexican state of Guanajuato.

No records exist of Hidalgo’s exact words, but his speech was made on September 16, 1810 to inspire la gente (the people) to revolt against the Spanish regime. Unfortunately, Hidalgo was captured and executed in July 1811. Mexico’s independence was not officially declared for another ten years, on September 28, 1821.

Interesting fact: Although army leader Miguel Hidalgo was a priest, he did not abide the vow of celibacy and is believed to have fathered two daughters!

The first Spanish settlements started appearing in the 1500s, leading to violent clashes and wars between the indigenous people of the Aztec and Maya civilizations and Spanish conquerors.

Five countries in Central America declared independence from Spain on September 15, 1821 joining together against Spanish forces to win their collective individual independence as nations. Thereby, 199 years ago the provincial council of Guatemala joined forces with Central American leaders from Nicaragua, Costa Rica, El Salvador, and Honduras to draft, debate, and sign the proclamation known as the Act of Independence for Central America.

Each country has its own colorful traditions, including parades, dancing, and public speeches and there is an interesting collective tradition involving carrying a torch. Each year, beginning on September 9, local patriots carry a torch by foot from Guatemala to Costa Rica, passing from hand to hand through all five countries that celebrate independence day on September 15. The torches represent a traditional symbol of hope, and people line the streets to observe this longtime tradition.

The celebrations often happen while the participants pass the torch through each country. Food, dancing, parades, and music are all part of the celebratory festivities, and each country celebrates their national pride in their own unique way!

Countries Where Independence Day is September 15

El Salvador begins its Independence Day celebrations bright and early at 7 a.m. Schools participate in massive parades with dancing and marching, while the government organizes a military parade to commemorate the day. While Honduras observes Flag Day on September 6, it continues with more celebrations on September 15, once again with street parades dancing throughout the country.

In Nicaragua, “Central American patrimonial festivities” begin on September 1. On September 15th, one of their celebratory activities is the Festival Nacional de Bandas Rítmicas (National Festival of Rhythmic Bands) where musical students compete before a panel of judges.

In Costa Rica, September is known as Mes de la Patria (Homeland Month), and they start to  celebrate Independence day after dark on September 14 with el Desfile de Faroles (Lantern Parade). Kids often make faroles in school leading up to the big day. This tradition commemorates the Independence Torch, which is now the national symbol of freedom in Costa Rica.

Colombia was one of the first Spanish-speaking countries to declare their independence from Spain. The people there incited a riot under unusual circumstances. The plan was that a selection of Bogota men would ask Spanish merchant Joaquín Gonzalez Llorente for a flower vase. They correctly assumed that Llorente, an uncharitable man, would refuse. This refusal was the excuse they were looking for to begin the riot. The patriots took to the streets claiming Llorente had been rude and this was the straw that broke the camel’s back.

Prior to becoming an independent nation, Colombia was part of a larger territory known as Great Colombia, which included territories of present-day Colombia, Venezuela, Ecuador, and Panama, as well as small regions of Peru, Guyana, and Brazil. Gran Colombia was the main power in Spanish America.

Each year on July 20, Colombians take to the streets to celebrate the anniversary of their independence. Military parades, concerts, and other cultural activities take place throughout the country. A nation of eclectic roots, Colombia likes to party with live music and dance: from Cumbia to Mapale, lively folk dancers fill the city streets with gorgeous traditional costumes and sombreros vueltiaos. Modern rhythms fusing Cumbia and other Latin beats with electronic music join the melodies in the celebration. 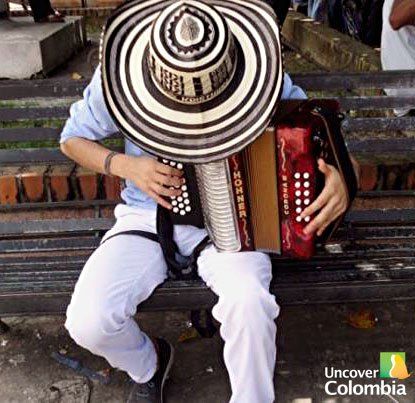 Argentina won its independence from Spain in 1816. Modern Argentines spend their July 9 Independence Day each year celebrating with family and friends or attending political parades or military exhibitions. Argentines’ traditional Independence Day foods include locro (a stew made from meat, bean, and vegetable stew) with crusty bread, pastelitos (sweet fried pastries stuffed with jam or sweet potato puree), churros, all washed down with yerba mate.

Bolivia technically proclaimed its freedom from Spanish occupation in 1809, but it took another 16 years before the country officially became a republic. August 6, the anniversary of the Battle of Ayacucho, begins its observance each year with a presidential address, military parades, carnivals, dances, and marches in which school children carry flags.

Chile salutes its Fiestas Patrias, also known as independence from Spanish rule, annually during the week of September 18 with an extended celebration. During this family-friendly holiday, celebrations take place in private homes and at pop-up paid parties called fondas. Kite-flying and dancing the cueca (the national dance) are popular activities. Military parades generally happen the following day.

For Ecuador, independence came from a revolt in Quito on August 10, 1809 that was inspired by Simon Bolivar’s success throughout the continent. However, like many other South American countries, that rebellion didn’t result in immediate freedom from Spain. Nevertheless, Ecuadorians honor August 10 because the Quito uprising was the first major revolt after nearly three centuries of occupation. Ecuadorians are somewhat reserved in their observance of Independence Day. Quito hosts a cultural parade each year, and other municipalities host military parades and cultural exhibits.

Want to learn more about Spanish and Latin American culture? Check out these posts!